The 2014 MSU Comics Forum will take place on Feb. 21st and 22nd. The keynote address will occur on the first evening, Friday, Feb. 21st, 2014, while the panel discussions and artist alley will happen the following day, Saturday, Feb 22nd, 2014. The location will be in Snyder/Phillips Hall on the campus of Michigan State University (the same locations as the past few years).

This year the MSU Comics Forum is proud to announce that award-winning comics creator, Stan Sakai, will be our guest of honor and keynote speaker on Friday, Feb 21st, 2014. Sakai is most known for his long-running anthropomorphic animal series, Usagi Yojimbo, which explores the culture and traditions of 17th century feudal Japan and has been published in 12 languages.  Recently, Sakai completed an ambitious historical mini-series, 47 Ronin, a comics adaptation of Japan’s best known tale with publisher and writer, Mike Richardson.  Sakai’s work has garnered him numerous Eisner Awards and in 2011 the Japanese American National Museum in Los Angeles, CA presented a retrospective of his 30-year career. 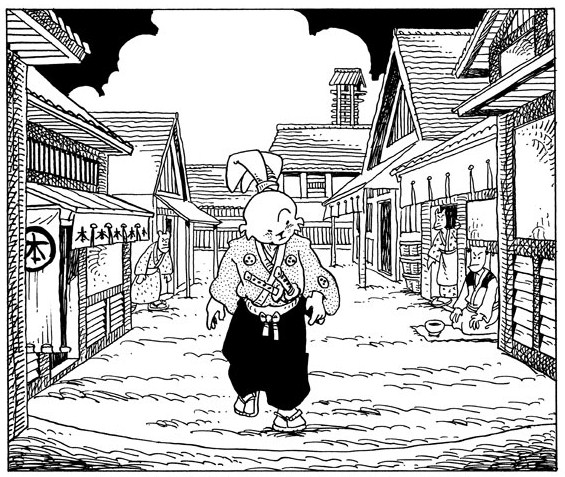